There are different meanings behind the word CHARACTER.  We talk about a character that is portrayed in a movie or program on TV.  Sometimes we refer to a person as a real CHARACTER…  it’s usually not a compliment.  It’s rare these days to hear that a person has a good CHARACTER, meaning that they can be trusted and live an upstanding life.

Character is the ability to carry out a good resolution long after the excitement of the moment has passed.  – Cavett Robert

It’s going to sound like I’m trying to lay guilt on you, but which one of these CHARACTER definitions would Christ be pleased with where you’re concerned?  Hmm…  that puts it in a different light, doesn’t it?  I’m pretty sure He would not like for me to BE a CHARACTER – not in that way.  And I won’t be acting anytime soon, so…

There is just one kind of CHARACTER to be known as – that is to have a good CHARACTER – a good reputation, a good track record, as it were…  He is pleased when we are what we’re supposed to be as His child.

Sadly, there are a ton of examples of Christians who put forth all the right stuff – or so it seemed – and in the end, they were not genuine in their relationship with Christ.  If we are going to claim Christ is our Savior, we need to tow the line in the relationship.  I’m not fussing at you, I’m talking to me too. 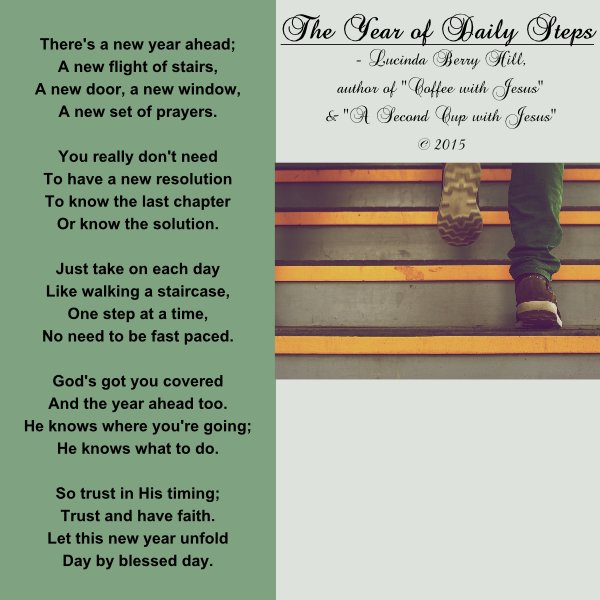 We fail because we’re human, but we need to do our very best in spite of the times we fail Him.  God is so faithful to us and He does forgive when we ask.  In 2016, let’s put our best foot forward in our relationship with Christ and be people of good CHARACTER…  when the world sees us, may they say, “Yes, this is a little Christ…  a Christian with good CHARACTER.”  🙂