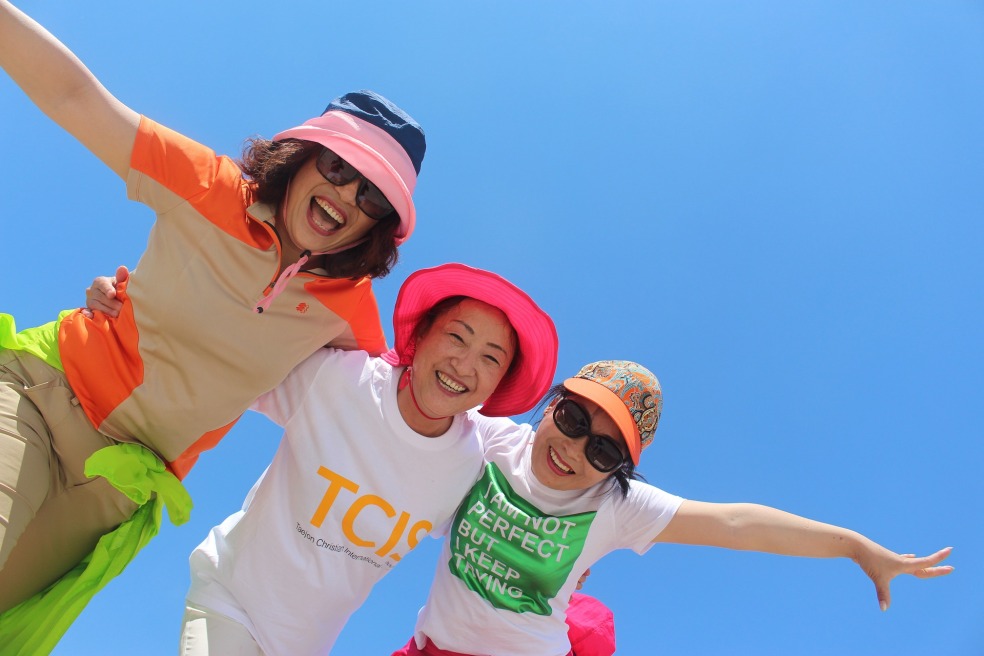 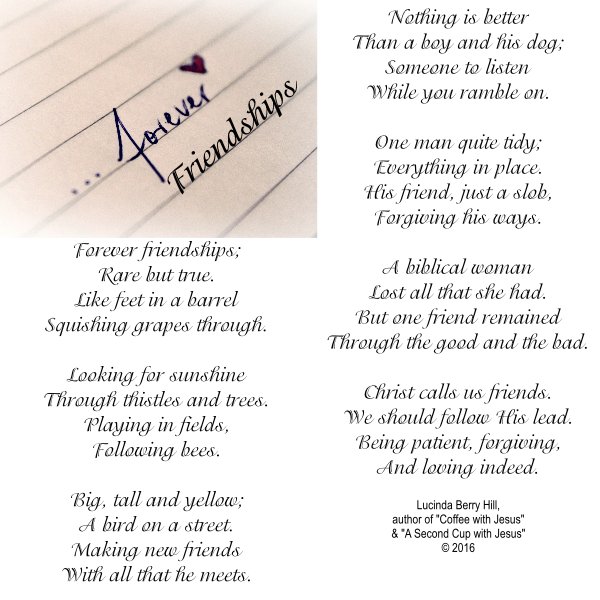 It’s FRIENDSHIP DAY!!!  What does it take to be a good friend?  Every person you ask will have a different answer, but since it’s my blog – you’re going to hear my answer.  LOL!

It’s my belief that you have to be a good listener and very fast to forgive in order to keep a friendship afloat.

It’s horrible to be hurt by a friend, but if you want to salvage the pieces and give the friendship another chance, you must be quick to forgive.  It’s not easy, but it’s worth it.

So many people come through the revolving door of your life…  not many will stick around for the long haul.  A cast of thousands will appear.  Some will use you and leave when they have gotten what they want from you.  They’ll leave you wondering what you’ve done to “scare” them away.  You have to forgive that too.

Nothing but heaven itself is better than a friend who is really a friend.  – Plautus

Do you have friendships that reflect the likes of Lucy and Ethel?  Does it seem you get into fixes every time you get together?

Even though they were not playing HUMANS, I like the friendship that Tess and Monica had – even though once in a while Tess had to put her supervisor hat on.  All of the angels on TBAA seemed to get along so well…  on-screen and off.  ❤  Enjoy their video featuring a song by THE NEWSBOYS.

In the early 1970’s we were introduced to a couple of independent women living life in the big city of Minneapolis.  Mary Richards was a successful career woman in the TV newsroom.  Her job was fast-paced and filled with excitement from all directions.  When she got back to her apartment, she often got visits from her upstairs neighbor, the brash girl from New York, Rhoda Morgenstern.  Mary from the Midwest was rather conservative and soft-spoken, opting to be nice.  Rhoda from the East was familiar with the fine art of speaking out with wild abandon.  They complimented each other somehow.

I was still in school when the TV show “Laverne & Shirley” was aired.  They made it seem like fun to be a grown up.  I thought everyone graduated high school and moved to a different state, got a job, made a friend and ended up sharing an apartment close to where you work.  I thought that as friends, every morning you link arms and sing a catchy tune about independence as you skip to your place of employment.  To say the least, I was a bit disappointed when I found out that it was all a fairy tale and real life is not near that much fun.  But on the positive side, most of us don’t have Lenny and Squiggy living in an apartment upstairs.

How about Oscar and Felix?  Wow – they had quite a strange friendship.  They were at odds about everything and that’s what made them The Odd Couple.  There are some friendships you look at and shake your head and say, “huh”???

Have a great FRIENDSHIP DAY!  🙂