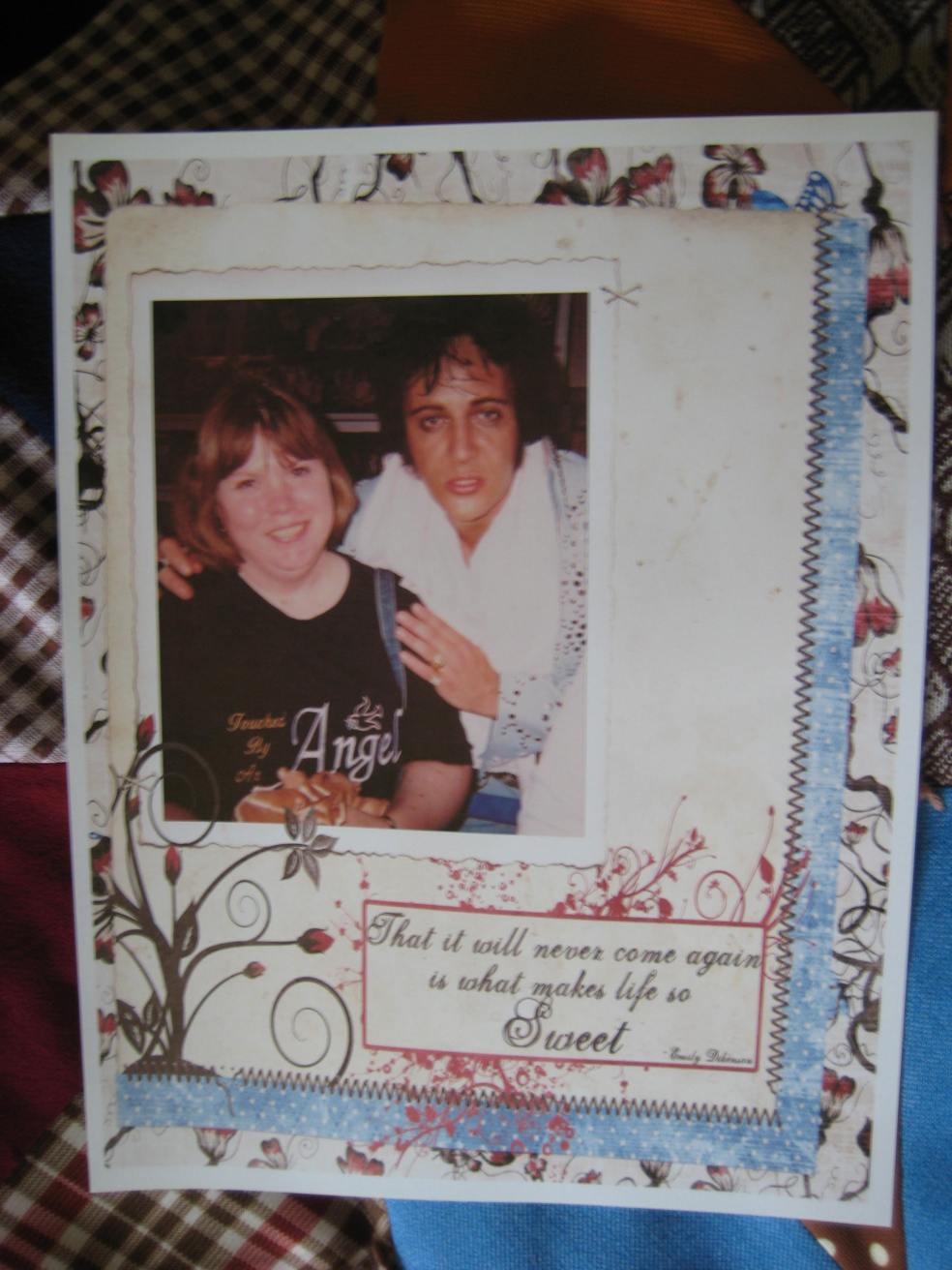 I got a photo taken in Branson on August 22, 2004 with an Elvis impersonator – it was snapped after the show, so he was not exactly spring fresh – but we get photo ops when we can.  I’ll bet he never went to a gym – doing those shows is a workout in itself.  You know what’s in my scrapbook along with this photo?  One of his scarves – or whatever you call those sweat catchers…  eeeewww.  Funny story though – I was so short there’s no way I could have caught one before all those tall girls – so my sweet hubby jumped up and got it for me – then handed it over.  Teamwork – yep!

Who thinks that real life is just overwhelming right now?  I’m raising my hand!  Seriously, there have been NO positives in the news and even though someone is running around saying America will be GREAT again, well…  never mind.  I’ll tell ya what, I’ll believe it when I see it – let’s put it that way.

So when real life gets to be too much, what do we need to do?  That’s right – we need to have fun and laugh.  And guess what I have today?  Yep – my friend John Coyote made a YouTube video – another Elvis tribute – but I gotta tell ya – this one is a hoot!  But John’s voice does have an Elvis-like quality – but the dramatics along with it are too funny!

And honestly, I didn’t even know Elvis recorded this song – I think the first time I heard The First Time (lol – that was confusing) – was when it was sung by Roberta Flack.  I had the 45 record of it, so of course that’s the one I’m most familiar with.  Of course, John would know for sure because I think he’s older than me (LOL) – yeah – he’s probably not – I’m just a music illiterate.  Don’t hit me, John!

I think John should be an Elvis impersonator, don’t you?  They get paid pretty good, I think – and he’s certainly got the talent and that ham bone quality…  yep – I think he needs to consider a possible career move.  I don’t know if they’re hiring in Branson, but he surely should check it out.  🙂